Among the parts of an electrical cable, there are four different layers. The conductor, which channels the electrical flow, and an insulation containing this electrical flow in the conductor. In addition, they can incorporate other auxiliary elements that guarantee their longevity.

What are the parts of a cable? 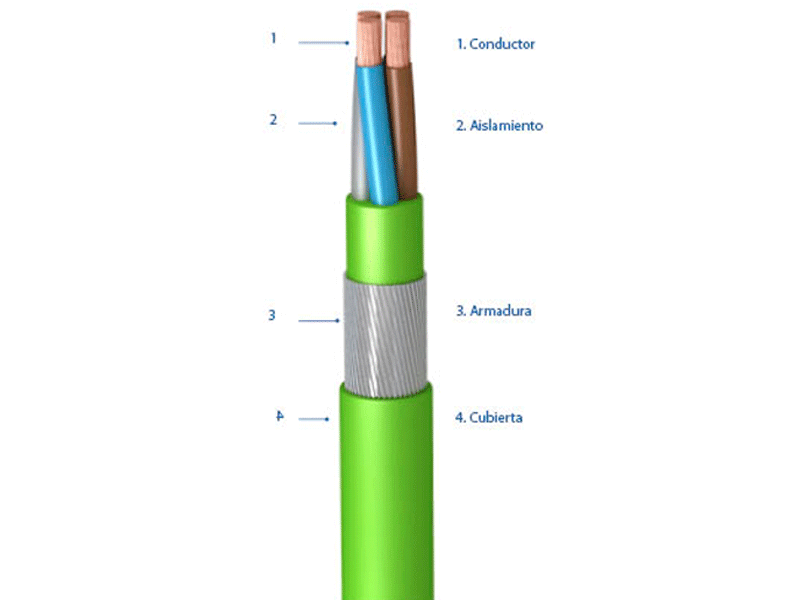 Components or parts of a power cable

This is where the electrical current is actually transmitted, with copper being the most commonly used material.

In some cases, aluminium conductors are also used, despite the fact that this metal is 60% worse conductor than copper (at the same cross-section it has more losses due to the Joule effect). In practice, aluminium is used almost exclusively for power transmission cables in electrical distribution networks (electricity companies). 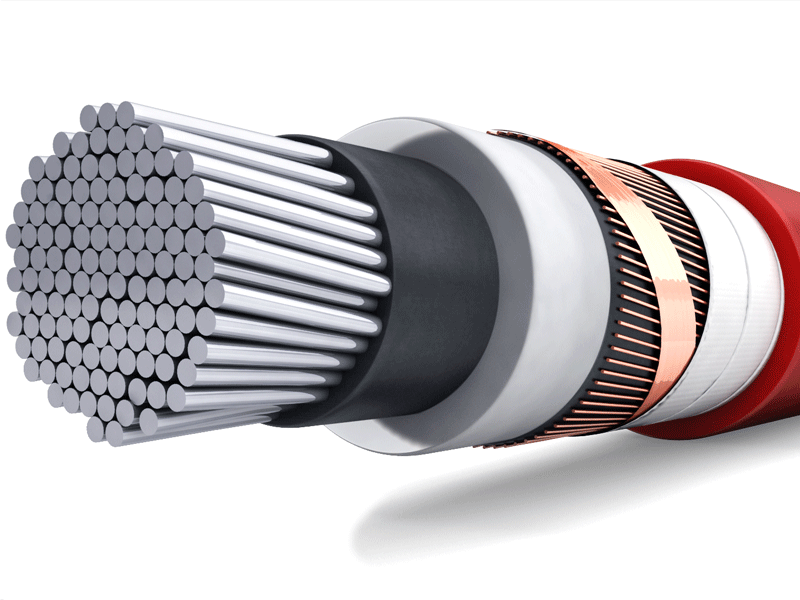 The insulation is the polymer, plastic or elastomer layer that surrounds the conductor and isolates it from external contacts. 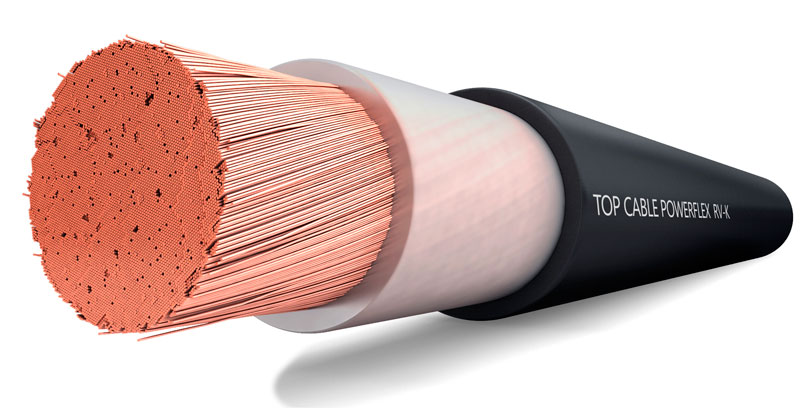 There are thermoplastic and thermosetting insulations. The first one are those in which the material applied does not undergo chemical transformations. PVC, the most common thermoplastic insulation, has a maximum service temperature of 70 °C.

Thermosetting insulation is chemically transformed during extrusion, resulting in a more stable compound in the face of increased temperature. This is why they allow for higher operating temperatures.

The most common thermosetting insulation materials (XLPE and EPR) have maximum operating temperatures of 90 °C. 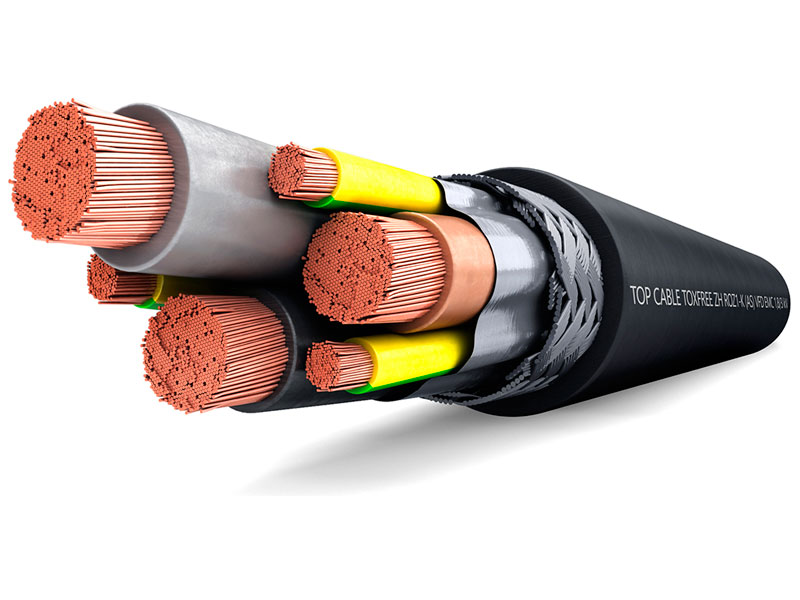 In almost all cases the cables have an outer sheath. Its function is eminently protective. They are usually made of polymeric material and must be chosen in accordance with the nature of the insulation material. 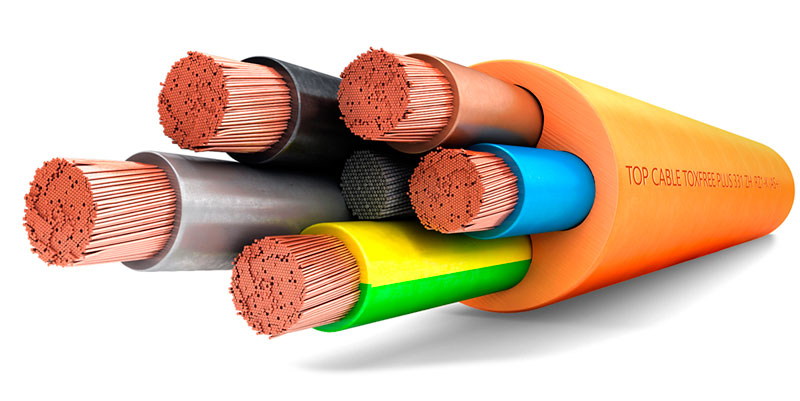 For more types of coverings for an electrical cable please click here.